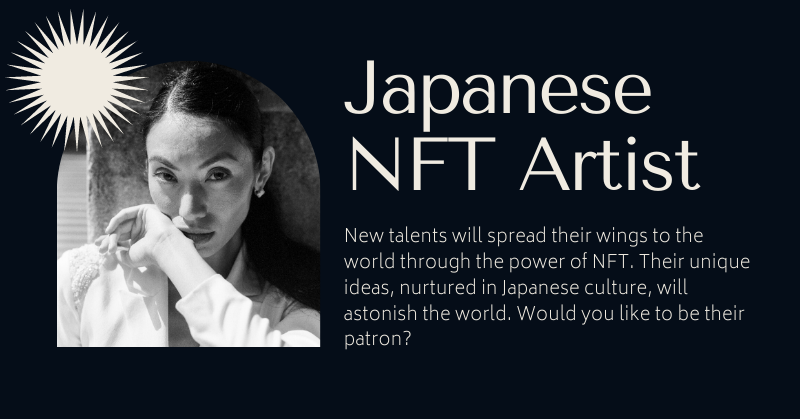 This is Japanese NFT Artist List. Most Artist is not famous right now but some of Artist will be top artist with NFT Art world growth. Let’s see new world.

if you want to know japan NFT artist movement. please follow me. @haruxx

One of the pioneers of NFT art in Japan. He was convinced of the potential of NFT art even before it blossomed and continued to present art to the world. He is creating digital art in the style of contemporary art.

Self-made stickers that embed characters in 48mm x 48mm squares to build a world. This is Japanese local new culture art. We are looking forward to the next work of this team of veiled professional artists!

The pride of Japan, cuteness, is embedded in a beautiful background to create a fantasy world. Sweep the world with Japan’s cuteness!

He is an artist who specializes in unique, slightly eerie paintings. He has always been said that he could win the world, but the world has never followed him. With the advent of the crypt art boom, the time has finally come to take the world by storm. His unique worldview is popular among artists.

Once you see it, you can’t stop. She is just like a god who creates the universe. When you look at this pop universe, you will feel as if you are inside it.

She is one of the kings of the MyCrypto Heres that one of top Block Chain Game, and  she is involved in a number of projects in the hope of developing the BCG world. One of them is the development of crypt artists. The world she produces is truly the world of Japanese cuteness!

His outstanding paintings have fascinated the world and he has calculated many paintings. I can only marvel at his detailed depictions. His forthcoming collaboration with Pippi, GOX, has made the world sigh.

He is an artist who is on the rise. In his spare time, he releases his art to the world. He is currently working on a project to introduce the world of Japanese Bushido to the world.

A genius painter who has achieved a fusion of humor and divine depiction. He is one of the top artists of SuperCriptMan. His world view is cool and cute with a touch of humor.

A manga artist who specializes in fluffy drawings with humorous movements. He also specializes in building the Meta verse, and is a strong VR artist. He even broadcasts live lectures on meta verse architecture.

Cute rabbit person. He has been exploring the world of art, but has recently discovered cryptic art and is starting to throw art into the world. Recently, I’ve been moving away from painting to creative videos with visual effects.

He is a leading concept artist at INEI who has created concept art for AAA content around the world. He continues to provide concept art not only for entertainment such as games and movies, but also for urban development and product development.

Japanese contemporary artist. With the theme of “Street, Ethernet, Field”, reality, virtual, or the overlap of the two, he transforms personal memories and sensibilities into social records and reasons by crossing them with “Japanese myths”…

My favorite painter. My icon is drawn by Onigiri Man.I could look at her for 100 years and never get tired of her.

Photographer. When I first saw his work, it reminded me of the world of Ghost in the Shell. The shadows of the images are beautiful and draw you in.

The world of crypt art is also fantastic and beautiful.

This is the princess who will bring the world of Japanese illustration to the NFT. She seems to be following the line a little too closely, but I hope she will do her best. She is full of challenging spirit and a sense of sunshine.

3D artist based in Japan with over 20 years of experience in 3DCG animation.
Inspired by classic cartoons like Chuck Jones and Don Bluth, but also influenced by contemporary design, architecture, and Japanese culture to create his work.

makersplace.com
Toffy and The Flying Donut | Rare Digital Artwork
https://makersplace.com/jasonlaird/toffy-and-the-flying-donut-1-of-1-43207/
by Yoshihide Ohkubo. Toffy is my old favorite character. I've featured him in several pieces. I wanted to arrange his appearance in the futuristic style One day I saw a playground equipment hanging car tire, and thought If the tire floated without wire. The situation is Toffy sneaked into the strange room like an anechoic chamber and ride the flying donut. I've arranged colors like disco. Hope you enjoy.

He is an artist who creates images using a new method using AI. He has recently started to exhibit NFT art from his real world works.

A creative unit working on the theme of blockchain. They produce virtual live systems, Conata, and hard fork themed music.

A beautiful girl with good manga skills.
An old-timer who started her virtual currency life by chatting on the net. Her sharp crypto-satirical cartoons have won the hearts of fans beyond the neighborhood.

Today, she finally started issuing NFTs. The day has come for her talent to be exposed to the world!

He is an authentic Japanese taste artist who specializes in Sumi-e. He has been active in digital art in the game market for a long time. The following is the first NFT art in the public chain. He is one of the few artists who can create a full-fledged Japanese taste. We can only look forward to his future activities.

foundation.app
1 Pocket
Kimono girl #2 | Foundation
https://foundation.app/sam_sato/kimono-girl-2-3619
Kimono is a traditional Japanese costume.The patterns of the kimono often express the season of the day, and it is like another campus.The instrument she is p…

He is an artist who specializes in dot art. This time, he is finally developing a series of NFT art of cats. The tails are cute!

He is developing a series of black and white photographs with a cryptic context. I look forward to the future development of this series, and hope to publish works as frequently as Beeple.

She has been active in the art world, but after seeing the excitement of the NFT, he decided to drop her work into the crypt world as well.

The precision and use of color is something to be admired. She is one of the people I hope to see in the future in cryptic art.

He says that his art “exists in a place where you don’t know whether you are awake or dreaming in the morning. In the works that seem to live in this dream world, the recurring semi-abstract motifs take on a unique meaning.

Young artist. He is a half Japanese/British artist studying at Central Saint Martins in London and formerly at The Cooper Union in New York.

zora.co
TENACITY OF LIFE | Zora
https://zora.co/sky/1486
A mixed-media digital poster inspired by the tenacity of ants as aspirational spirit animals.

He is an artist living in Tokyo. He is fascinated by the colors of sumi ink (Japanese ink) and has started to create art with it. the beauty of the black and white world is spreading on NFTArt! 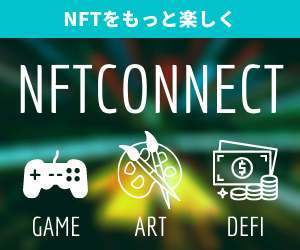